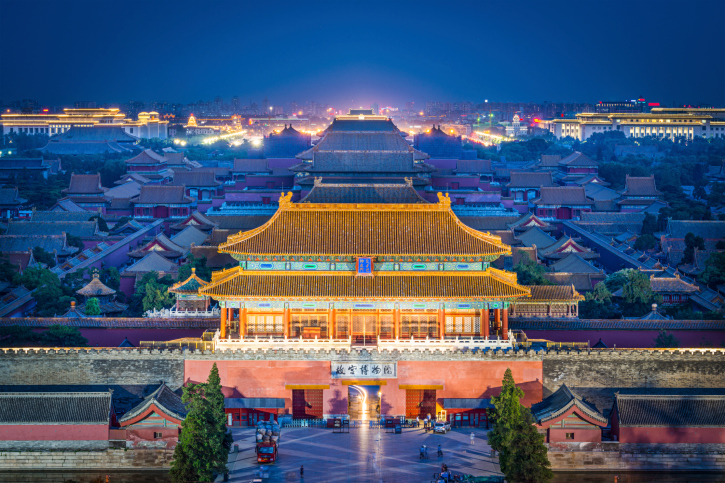 There are so many sights to see in Beijing that you could easily spend a month there and you would probably only have scratched the surface. Beijing is one of the largest cities in the world, with a population of 21.3 million and served as the country’s capital for over 800 years, so there is a lot of history here. Many of the best tourist attractions are within a mile or two of the city centre.

One of the most popular tourist spots is The Forbidden City, which was home to 24 emperors of China from 1368 to 1911. This huge residence has no less than 870 different buildings and is the largest ancient palace in the world. Not far way is Tiananmen Square, which is the largest square in the world easily capable of holding a million people. 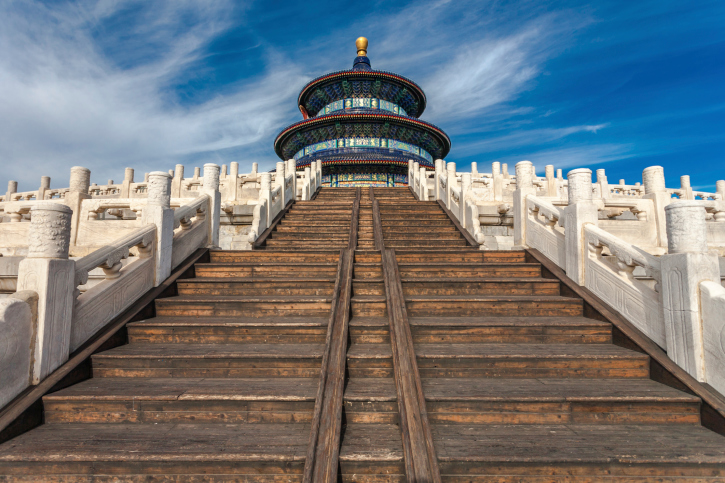 The Temple of Heaven is where the emperors of the Ming and Qing dynasties worshipped and is thought of as the holiest of all of the many temples in Beijing. The city is full of buildings and gardens that can be described as “the biggest”, “the oldest”, “the finest” and so on, not least of which is The Summer Palace, the largest imperial garden in China, and the best-preserved in the world. It is a typical Chinese garden, and not to be missed. To the west of The Forbidden City is Beihai Garden, which is the oldest imperial garden in China, construction having commenced in 907 in the Liao dynasty. The whole design of the garden is based on fairy stories. The Yonghe Lama Temple is a functioning Tibetan Buddhist temple, which was once lived in by the third emperor of the Qing dynasty. It contains a massive figure of Buddha 26 metres high and with a further 8 metres buried underground, carved out of sandalwood. 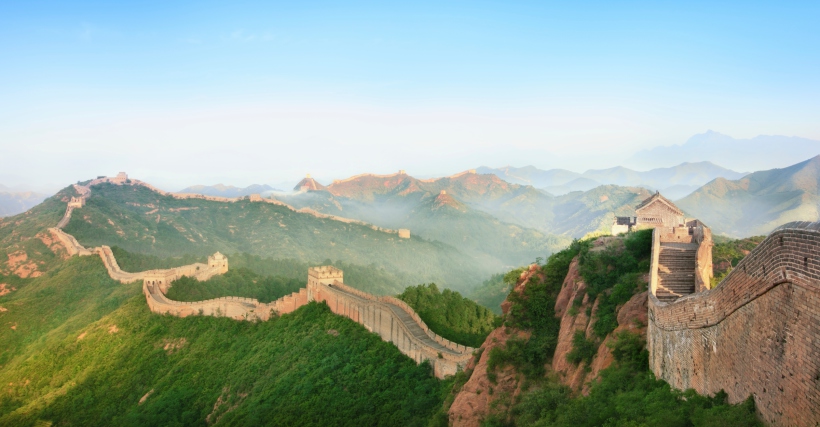 Of course, no visit to Beijing would be complete without a trip to see the Great Wall of China. The nearest portion of the wall is about 75 km north of the city. Various measurements of the length of the Wall are given, but the main part is some 4,000 miles long. It was constructed over a period of 1,000 years, and contains natural barriers such as mountains and rivers. One archaeological survey put the total length, including all the branches, at over 13,000 miles.

When in Beijing, you also have to try the local specialty – Beijing Duck – noted for its crisp, thin skin, and one of the eight most popular dishes in the country. Make sure to visit the Beijing Opera, which, with its’ amazing costumes and makeup is highly regarded as a national cultural treasure. You can also see the acrobatics show in the Chaoyang Theatre, or spend an evening at a kung fu show, of which there are many. There are also many outdoor markets selling arts and crafts, and antiques.

The temperature in Beijing can get fairly hot in summer, surpassing 40° C, and get cold in winter – as low as -20°C in January. In addition, in the spring there are frequent sandstorms, so the best time to visit is probably September and October. Certainly, Beijing is a place that everyone should visit at least once in a lifetime.