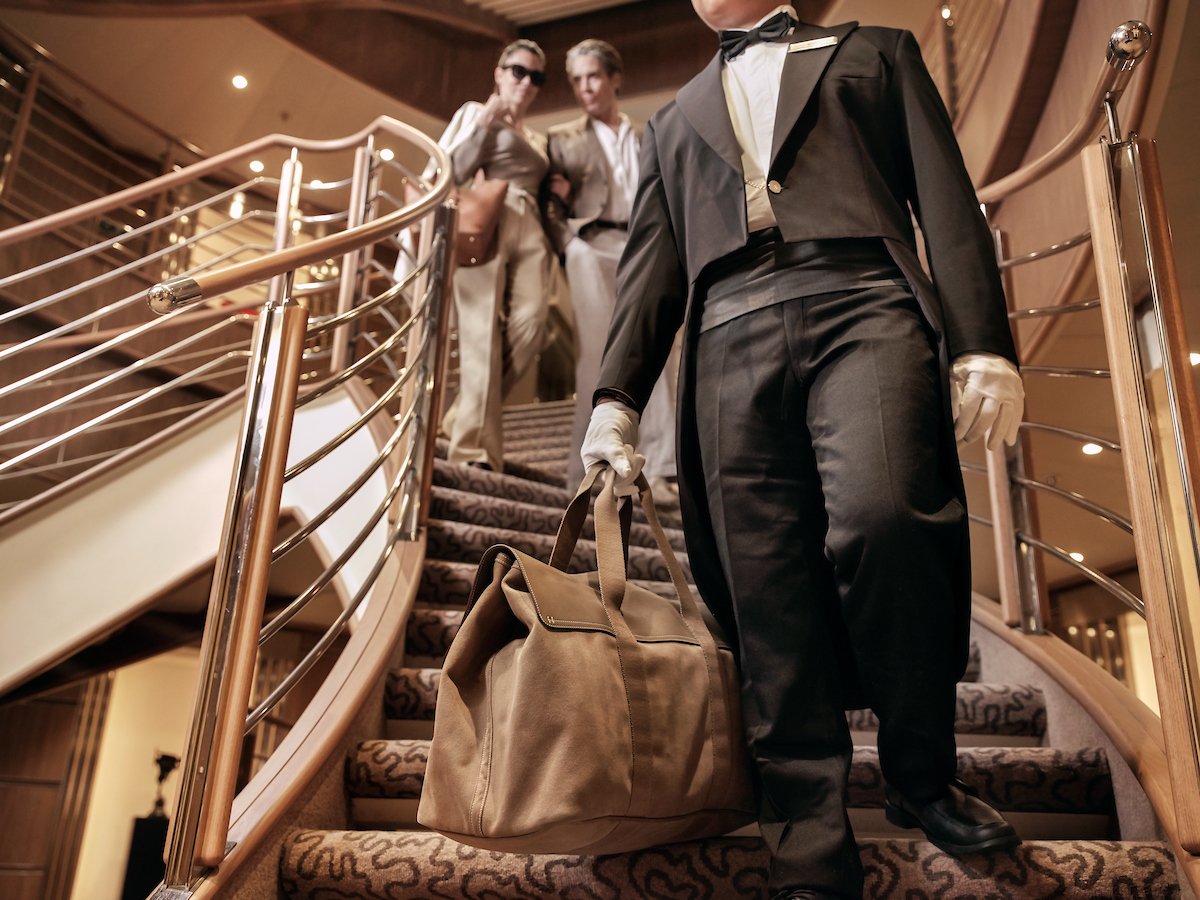 Silversea Cruises has opened an exclusive pre-sale to Venetian Society members on more than 280 new itineraries for 2023/2024, unveiling its largest-ever destination offering in a single itinerary launch.  Bringing the total number of destinations visited by the leading ultra-luxury cruise line to over 900—more than any other line—Silversea’s new 2023/2024 itinerary collection features a record 690 destinations in 125 countries, across all seven continents, as well as over 60 maiden calls.

Learn more about the 20% saving special

Between March 2023 and May 2024, the cruise line’s 10 ships will unlock an unrivalled range of immersive experiences around the world for guests. And, with private executive transfers included as standard on all voyages in the collection, Silversea has enhanced its all-inclusive offering, which is already among the most comprehensive at sea. Moreover, until 30 November 2021, guests can reserve their suites aboard voyages in Silversea’s new 2023/2024 itinerary collection with a reduced deposit of just 15%.

“Responding to strong guest demand for a broad range of far-flung destinations, our new 2023/2024 itineraries will offer guests even more opportunities to discover the world’s most enriching experiences in all seven continents,” says Roberto Martinoli, Silversea’s President and CEO.

“From deep explorations of the Red Sea to new itineraries in the Arabian Peninsula, new autumnal departures in the Norwegian Fjords, and our first summer sailings in Canada and New England, we have utilised nearly three decades of destination leadership to curate unforgettable experiences for our well-travelled guests. With three new ships in our fleet—Silver Origin, Silver Moon, and Silver Dawn—and our most inclusive offering to date, our guests will travel in superlative comfort, enjoying our trademark level of service and the hallmarks of luxury that set a Silversea voyage apart.”

Below are highlights of the new 2023/2024 voyage collection, which have opened for Venetian Society Members and will open for sale to the general public on 11 August 2021.

For further information, including a copy of any brochures, please do not hesitate to Contact Us.

18 voyages to Africa and the Indian Ocean, including all-new Arabian Peninsula voyages 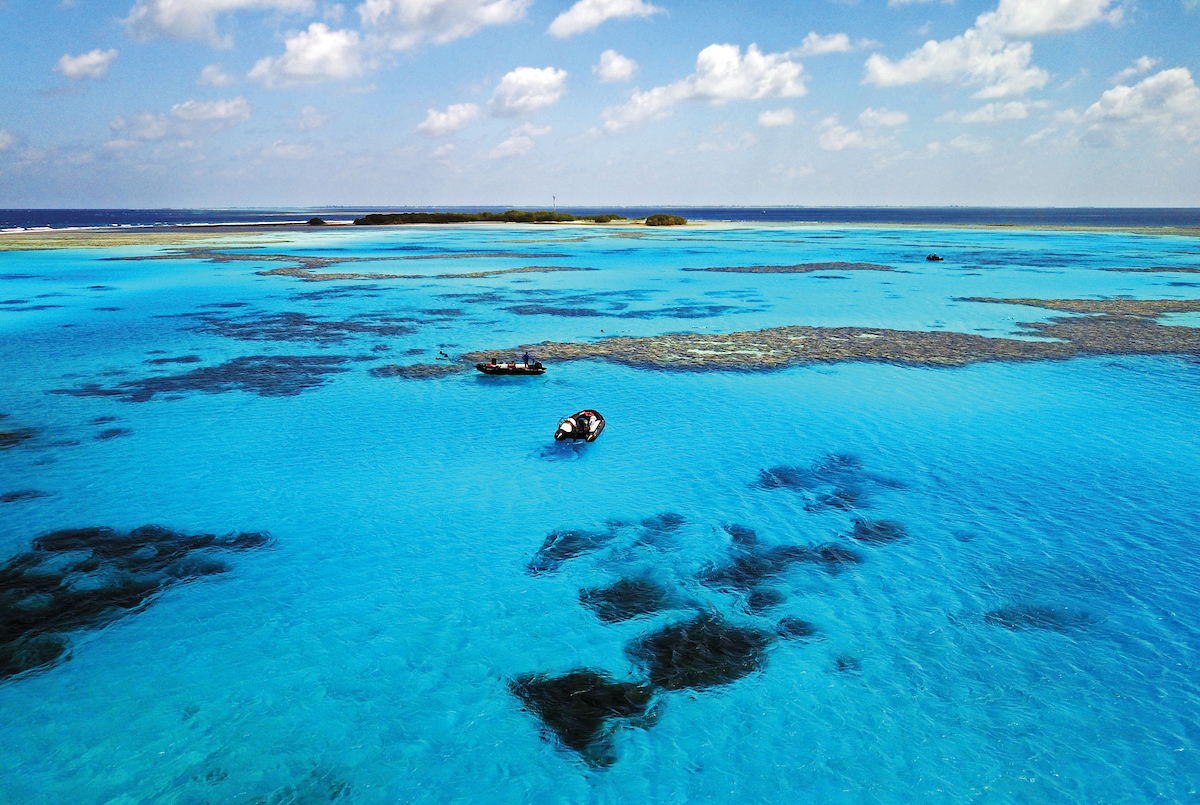 Brand new oceangoing and expedition itineraries in Africa and the Indian Ocean focus on the East Coast of Africa and the Arabian Peninsula. Four ships—Silver Cloud, Silver Whisper, Silver Spirit and Silver Moon—will offer 18 voyages across the region. A pair of Silver Cloud expedition cruises will delve deep into the archaeological and historical heritage of the Arabian Peninsula and the Red Sea, offering the chance to explore such UNESCO-listed gems as the ruins of Oman’s Sumhuram and Saudi Arabia’s Al-Hijr (also known as Hegra), while kayaking and snorkelling adventures await at scenic Lac Assal in Djibouti.

On another itinerary, Silver Cloud will make a maiden call to the Comoro Islands off Africa’s southeastern coast to discover amazing land and marine wildlife, with an extended stay in the Seychelles’ UNESCO-listed Aldabra Atoll. Moreover, guests will enjoy immersive safari experiences in Richards Bay and Port Elizabeth on new South Africa voyages.

38 voyages to 134 destinations in Northern Europe, including Silversea’s first expeditions in the Baltic Sea 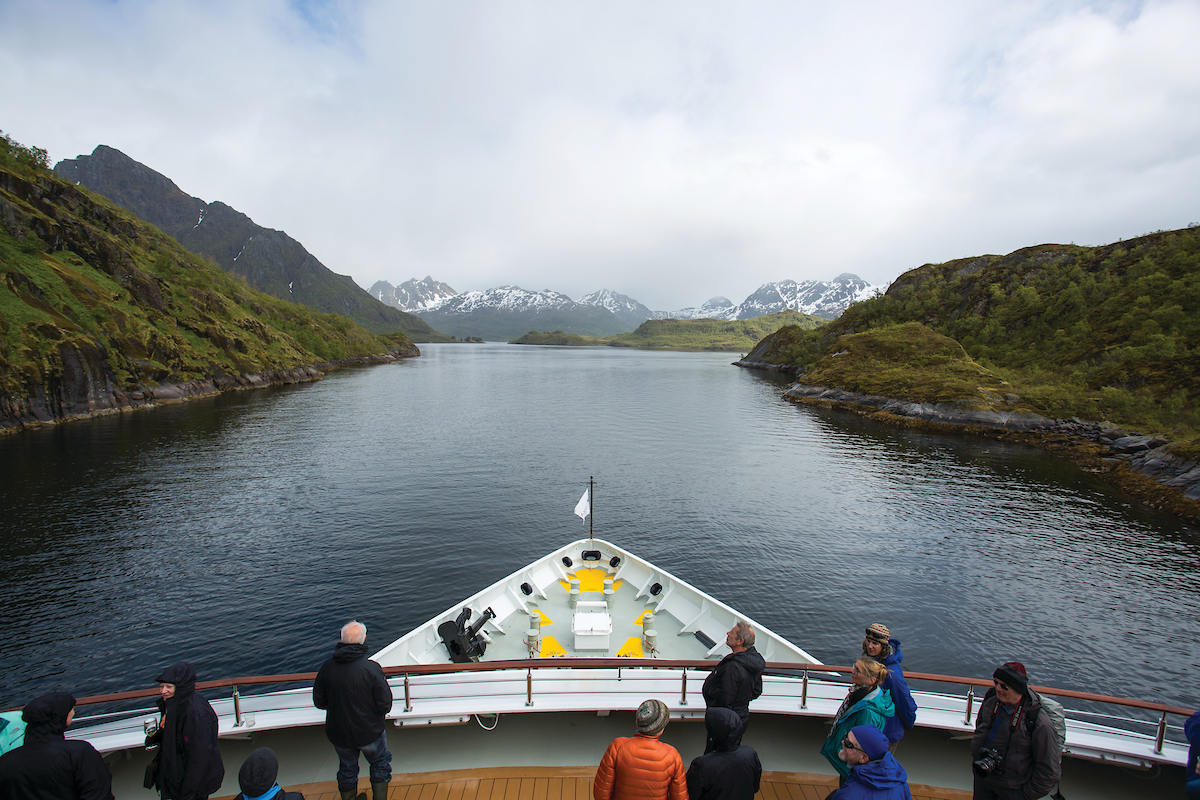 Calling in 134 destinations, 38 new itineraries in Northern Europe will complement Silversea’s existing offering in the region, which includes voyages in the Baltic Sea, Iceland, the Norwegian Fjords, and the British Isles.

As well as Silversea’s first-ever expeditions in the Baltic Sea, the new itinerary collection will feature remote destinations across the Finnish coast; new Norwegian Fjords departures in autumn, offering the chance to spot the fall foliage and the Northern Lights; and a diverse array of expeditions in the British Isles, including two Silver Cloud journeys visiting such remote places as Foula Island in Scotland’s Shetland archipelago—home to an abundance of puffins and ponies. The ship will also make a maiden call to the island of Colonsay in Scotland’s Inner Hebrides, where guests will be treated to historical treasures and varied flora and fauna. New Atlantic Coast itineraries during the harvest season will include calls in Leixões (Porto), Bilbao, and Bordeaux, among other destinations.

36 voyages, including a Grand Voyage, aboard four ships for an extended season in the Mediterranean 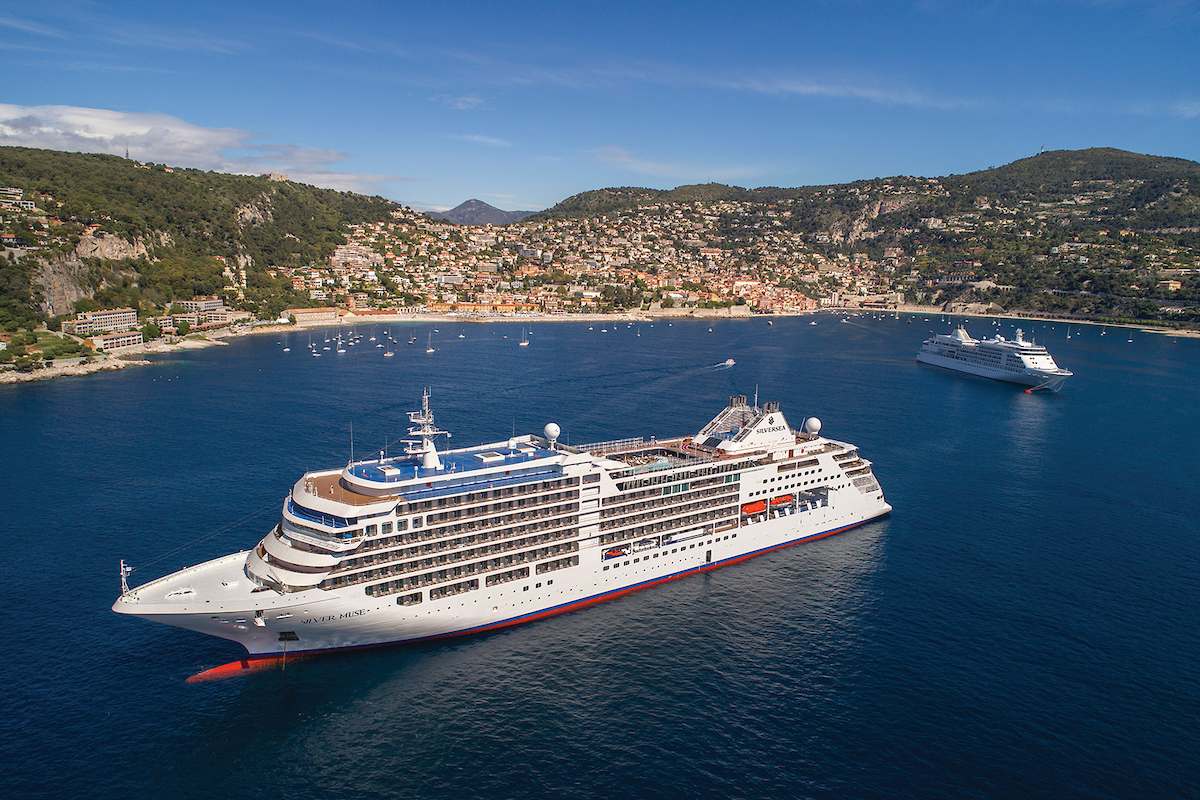 An extended season in the Mediterranean, spanning from April to December 2023, will offer 36 voyages to showcase such marquee regions as Iberia, the Western Mediterranean, Italy and the Adriatic, along with an enriched Eastern Mediterranean programme, including departures later in the season and more variety in the Holy Land and Egypt. For example, a 2023 Silver Moon voyage of 12 days will feature extended stays in Jerusalem and Istanbul, as well as a full day in Alexandria, focusing on the region’s historical heritage.

While, in the Western Mediterranean, exclusive experiences of the 2023 Monaco Grand Prix highlight a nine-day Silver Moon sailing with an overnight in Monte Carlo. In addition, Silversea’s innovative culinary programme, S.A.L.T. (Sea and Land Taste), will offer travellers the possibility to savour regional specialities on board Silver Moon and Silver Dawn.

Increased variety in Alaska, with 31 voyages aboard two ships, including maiden calls 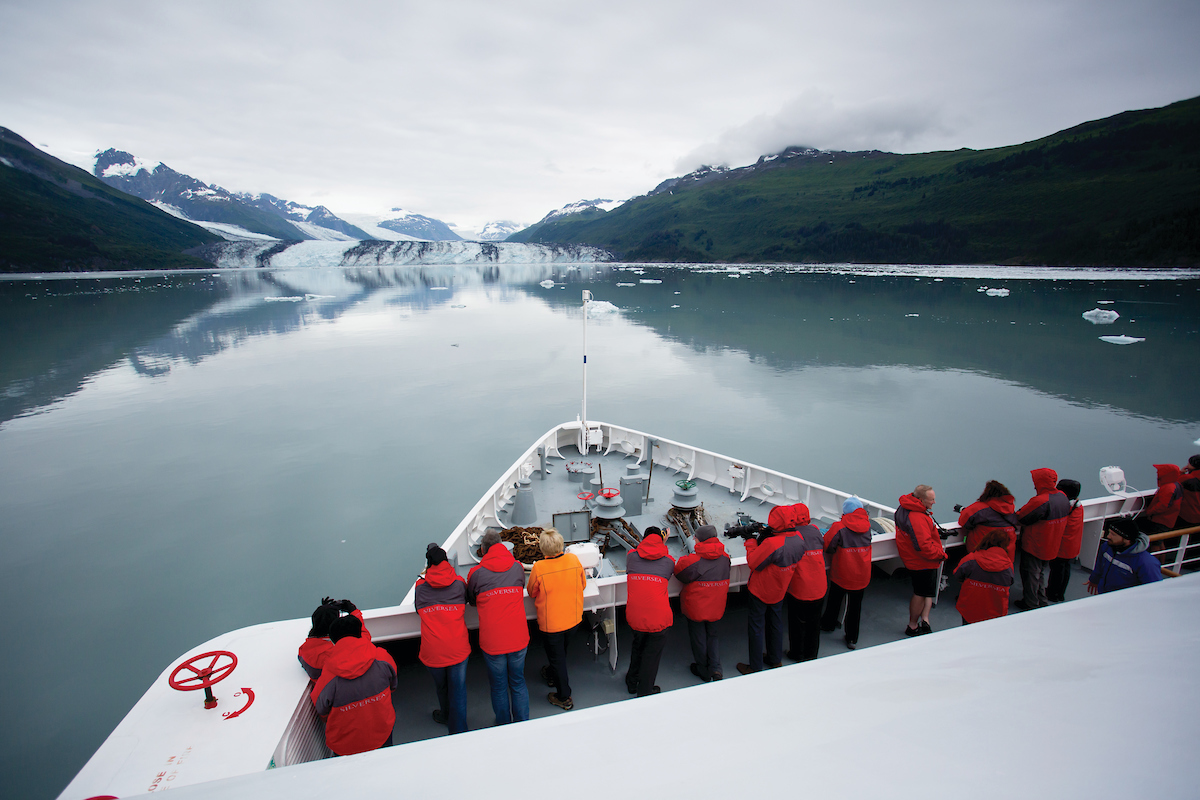 A total of 31 voyages aboard Silver Muse and Silver Whisper will offer increased variety in Alaska, while one Russian Far East expedition aboard Silver Wind will showcase the region’s most remote destinations. Combinable for extended exploration, two new 7-day itineraries in Alaska aboard Silver Whisper will take guests to the region’s most iconic ports, including Ketchikan and Juneau, incorporating a bear watching experience and opportunities to witness breathtaking glaciers. These two voyages will include maiden calls to Icy Bay, formed by the retreat of three glaciers, and the scenic town of Valdez, offering the chance to explore the Columbia Glacier.

Silversea’s first summer itineraries in Canada and New England, including calls in Quebec, Montreal, and Boston 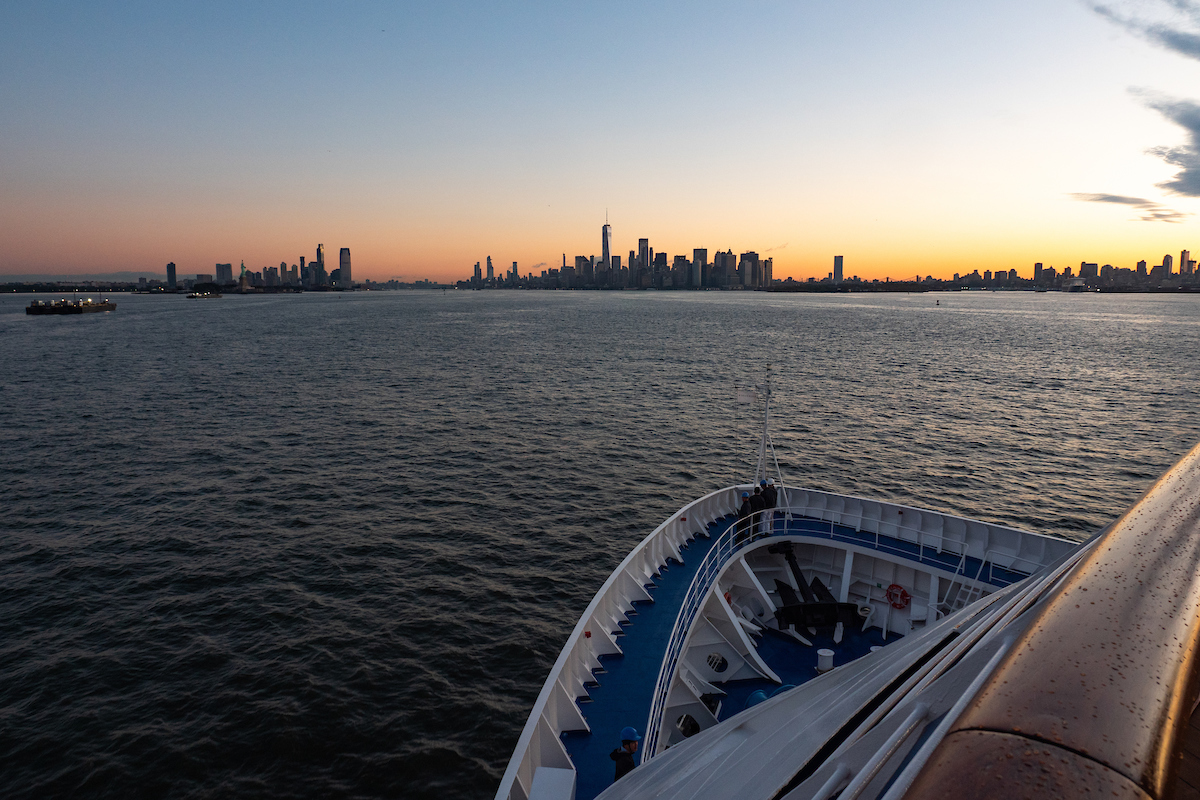 Silversea’s first-ever summer sailings in Canada and New England will take place during an extended season in the region, which stretches from August to October 2023. With eight ocean voyages aboard Silver Shadow and one Silver Cloud expedition, Silversea guests will have the opportunity to admire the region’s summertime scenery for the first time. Fall itineraries have been extended to include an overnight call in Boston.

12 expeditions to the Arctic and Greenland, with a 24-day crossing of the Northwest Passage

Guests will explore the Arctic and Greenland on 12 expedition voyages in the summer of 2023, hosted aboard Silver Cloud and Silver Wind, with one ship devoted to Greenland throughout the entire summer season. Among the highlights are two new Silver Cloud voyages encompassing Disko Bay and South Greenland, featuring inaugural visits to the majestic Lindenow and Tasermiut fjords.

17 departures for Antarctica, with the opportunity to cruise Cape Horn from Puerto Williams Both Silver Cloud and Silver Wind will unlock the icy wilderness of Antarctica on 17 expedition cruises now departing from Puerto Williams, Chile. Sailing from November 2023 to March 2024, the Antarctic Peninsula voyages offer the chance to cruise Cape Horn, the iconic gateway between the Atlantic and Pacific oceans. More itineraries will call in South Georgia and the Falkland Islands, for opportunities to witness the vast penguin colonies and other remarkable wildlife.

25 departures for Australia and New Zealand, with maiden calls, new itineraries and a farewell season in the Kimberley for Silver Explorer 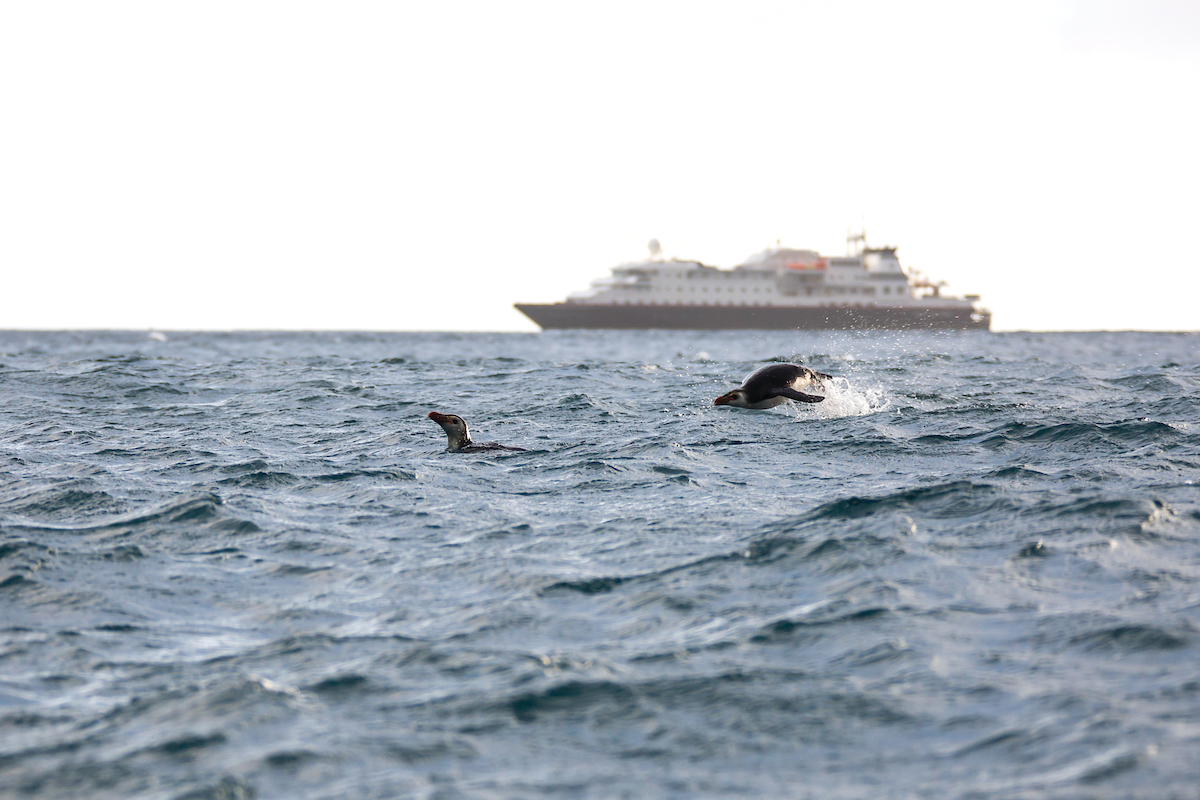 Silversea will launch its largest ever season in Australia and New Zealand with 15 voyages aboard Silver Muse and Silver Whisper, offering more in-depth explorations of the New South Wales coast with calls in Eden and Jarvis Bay, as well as overnights in Tasmania.

Silver Explorer, meanwhile, will embark upon 10 expeditions in the region during her farewell season, with seven immersive voyages along Australia’s Kimberley Coast – two of which will follow brand new itineraries. In addition to Silversea’s iconic 10-day Kimberley journeys, Silver Explorer will offer two 17-day itineraries between Darwin and Perth, enabling guests to discover the Montebello Islands, the Dampier Archipelago and the Abrolhos Islands, as well as a hugely popular 18-day itinerary from Cairns to Broome. Silversea’s destination experts have crafted these itineraries to showcase the most authentic experiences in the region, with extended calls in the most iconic cities for unforgettable discoveries of the region’s food and drink culture. Silver Muse will unlock the region’s best golfing opportunities, with extended, full-day calls during 14-day voyages. 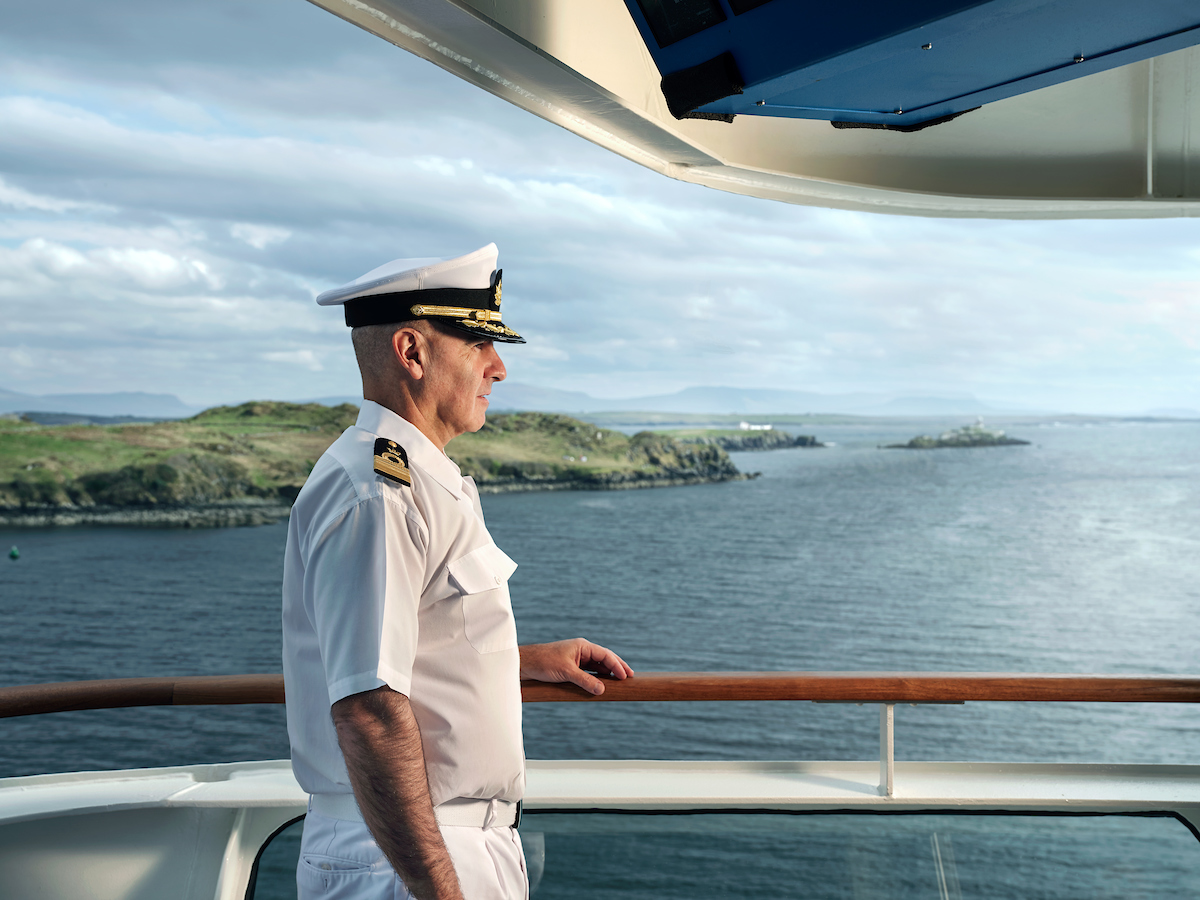 More than 60 handpicked Combination Cruises, which combine two or more cruises to create one incredible experience, will be offered along with two Grand Voyages, in response to the burgeoning demand for longer cruises. The company’s Grand Mediterranean 2023 voyage is a 65-day, Lisbon-to-Athens journey, departing October 6, 2023, aboard Silver Moon. The extraordinary voyage will explore 52 destinations across this storied region, with an in-depth focus on the Holy Land and Egypt. 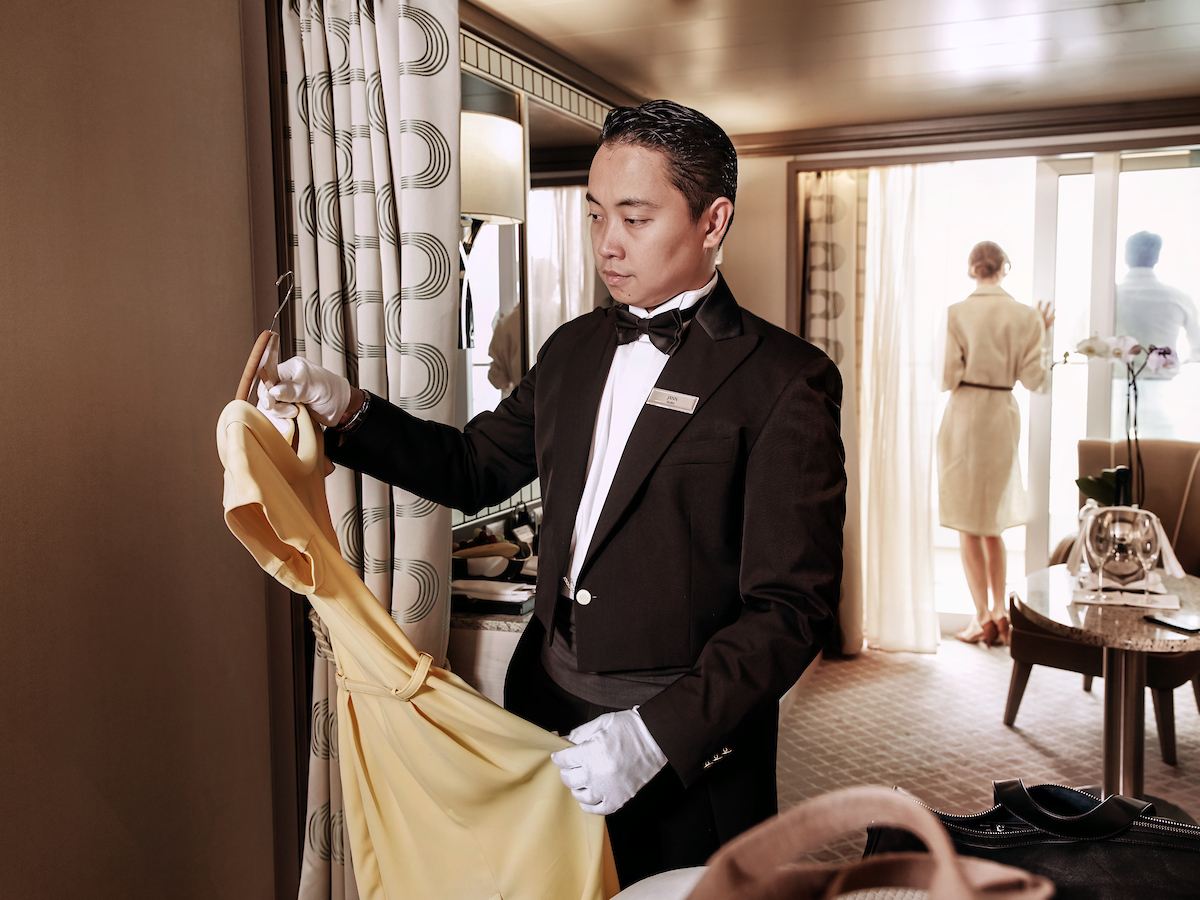 Part of the Royal Caribbean Group, Silversea Cruises is recognised as an innovator in the ultra-luxury cruise industry, offering guests large-ship amenities aboard its intimate, all-suite vessels: Silver Shadow, Silver Whisper, Silver Spirit, Silver Muse and Silver Moon – all designed to offer an atmosphere of conviviality and casual elegance. With the inclusion of the expedition ships Silver Origin, Silver Explorer, Silver Cloud, and Silver Wind, Silversea’s itineraries encompass over 900 destinations across all seven continents and feature worldwide luxury cruises to the Mediterranean, the Caribbean, the Galapagos, both Polar Regions, and hundreds of fascinating destinations in between. Silversea is also looking forward to the launch of three new ultra-luxury ships: Silver Dawn and two Evolution-class ships.