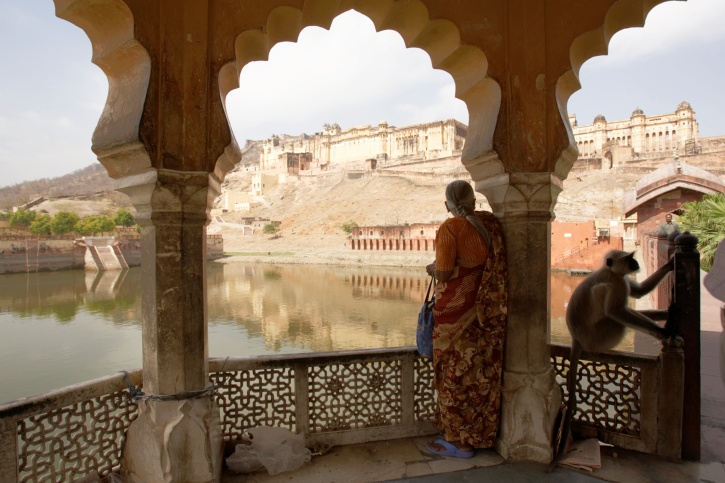 Can’t say that I ever considered a holiday to India as like most New Zealanders, UK and Europe seemed higher on the ‘must visit’ list. However, a business trip gave me the opportunity to visit Bangalore and Hyderabad so we had the perfect opportunity to tack on a couple of weeks and explore this amazing land.

Flying from Singapore to Delhi was a comfortable 6 hour flight. Not knowing a lot about where to stay in New Delhi, I did a bit of research and read about The Imperial Hotel, which sounded perfect.

The Imperial is an iconic property in Delhi’s 5 star hotel category and the most distinguished address situated in the heart of the capital, reminiscent of the halcyon days of the Raj. A luxury hotel with an awe-inspiring heritage interwoven in colonial elegance, it dwells in its modern delivery of old-style class and magnificence. Built in 1931 by Blomfield, one of Sir Edwin Lutyen’s associates and inaugurated by Lord Willingdon in 1936, it is New Delhi’s landmark Hotel, located on Janpath, the erstwhile Queensway. The Hotel is steps away from the renowned shopping district and major attractions of the city, just 30-minutes drive from the international airport and 1 km from the central business district of New Delhi.

Thankfully the marketing material turned out to be spot on. It was a fabulous hotel and quickly oriented us to our new surroundings. 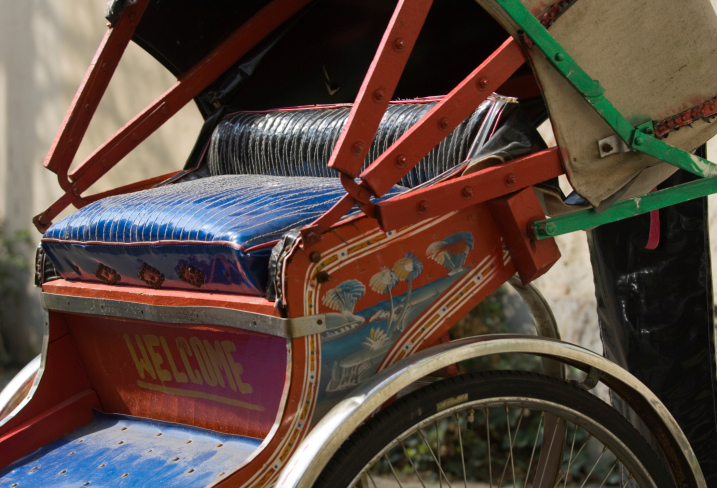 Being in a very busy city, we opted to take a rickshaw ride to the local market. A man waiting just outside the hotel promised to bike us around the market and bring us safely home. As we were being driven through the noisy streets, my husband whispered ‘ok whose idea was this?’ as I began to hope this form of transportation was covered by our Travel Insurance!! The traffic was crazy and the big buses and trucks alongside a little rickshaw…lets say my thoughts were quickly straying to a safe gin and tonic back at the hotel.

The next day we took a city tour which was very informative. The city is jammed with history and I was amazed to be shown the mathematical instruments they used over 3000 years ago.

We left the hustle and bustle of Delhi early the next morning and headed by train to Agra to see the Taj Mahal. Watching the villagers start their day as the train sped by added to the feeling that this is a land of significant contrasts – ancient and very modern, sophisticated and simple and yes, rich and very poor. 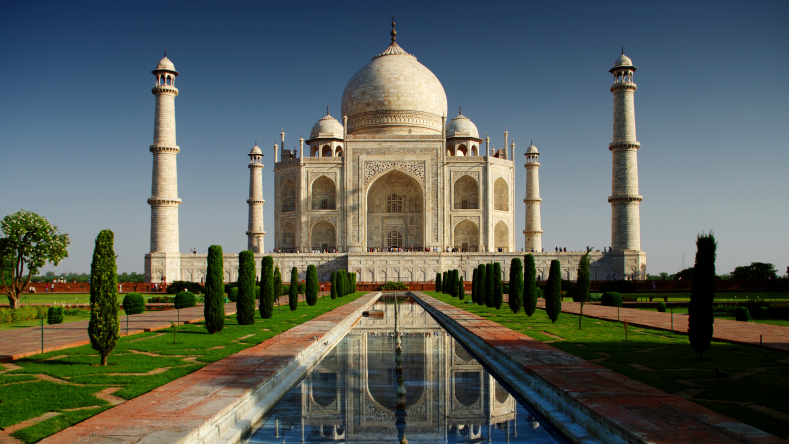 Arriving in Agra, the skyline is dominated by the beautiful Taj Mahal. Having seen many photos of the Taj, it is still and incredible and surprising experience to see that this is not just a white marble structure but one inlaid with the most intricate and beautiful precious stones. Amazing what can be done with skill, time and no electronic devices!

The stories about the man who built the Taj Mahal and his family would make a great soap opera today. Apparently the rather wealthy chap who built the Taj Mahal had ideas of building a similar structure across the river but this time in black marble, which would one day be his tomb. By the sound of things his kids had had enough of his frivolity and delivered the no more ‘ski-ing’ message (Spending Kids Inheritance). Just to make sure he got the message they popped him in to the equivalent of a retirement village and kept the key. (Apologies to historians if that isn’t entirely accurate but the Guide was a lot of fun and the story very entertaining.)

Next day the car arrived to drive us to Jaipur. I had figured it would take about 3 – 4 hours, though the locals kept saying 7 hours. It’s only 200 miles. Note to self, listen to the locals. It did take that length of time because the car could either go at 30 miles an hour with the air conditioning on or 50 miles an hour with the windows open. As it was 42 degrees outside, we did a lot of the journey at 30 miles an hour.  I removed responsibility for selecting private cars from my husband because a bargain always seems to come with a ‘surprise’! 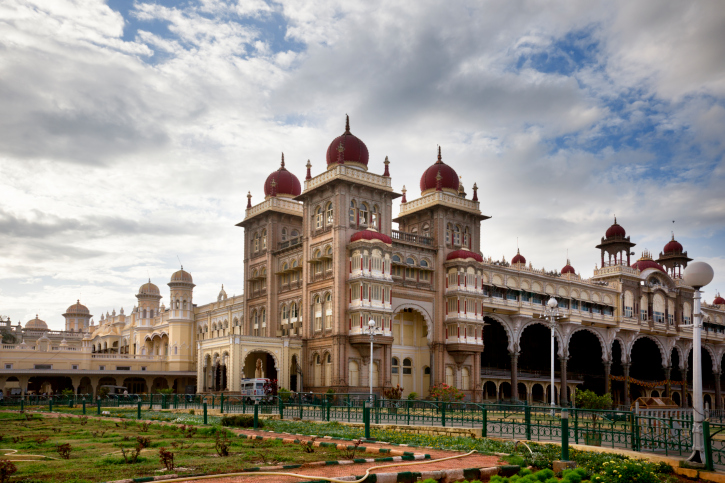 In reality though, we were able to enjoy the countryside, along with the delicious picnic that the hotel had prepared for us. Watching the women in very colorful saris walking through the fields with the heat haze making everything shimmer was a very memorable site.

After seven hours we were very happy to arrive in Jaipur and be welcomed at the Maharaja’s Palace. What a beautiful oasis complete with a camel and peacocks wondering around the place.

Our days were filled with historic tours of palaces and forts; local markets and wondering through peaceful gardens. In the evenings we were transported to a different time with local performers entertaining us while we sipped our cocktails and admired the sunsets. 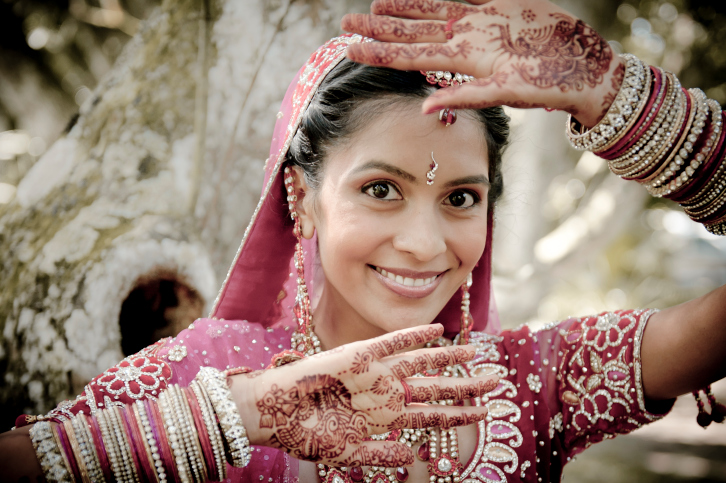 All too soon work called and we were off to Hyderabad. Our last evening was spent in the garden of a beautiful hotel, being served whiskey shots off silver platters. A magic band from Delhi energized everyone as they electrified the air with Bollywood music. If you had any thoughts of sitting it out, forget it. Before we knew it we were up and dancing, marveling at the contrasts, the history and the pure joy of India.

Singapore Airlines and Air India have great flights and if you don’t want to ‘do it yourself’, then a private tour is a great way to experience India. Our Travel India Expert Sunita Shalivahan, is happy to share her knowledge and organize a perfect holiday in India just for you.