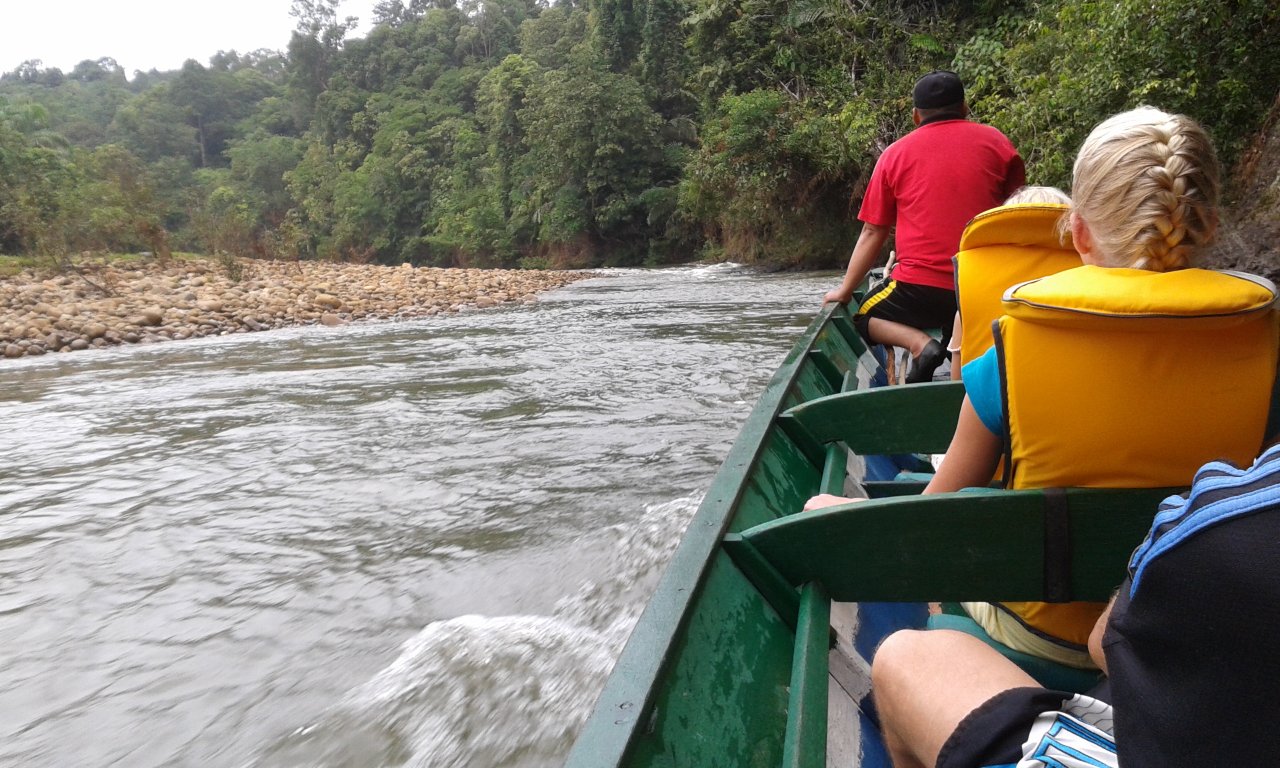 Controversial in its massive logging and oil palm activities it has also put aside some amazing National Parks and forest reserves.  It is the two states of Malaysia Sarawak and Sabah and the tiny oil rich Sultan-ship of Brunei which is the focus of our current tour. This small group escorted journey concentrates on the National Parks, wildlife, culture, flora and fauna and is the best way to get “into the heart of Borneo” in a safe and exciting way. If orang utan, proboscis monkeys, rare orchids and pitcher plants, travelling remote waterways in longboats, taking a cooking class in a remote longhouse or climbing the skyline walkway over the jungle tops is your idea of an adventure holiday then join us on one of our next tours.

Bako National Park never fails to please. With wildlife now coming close to the lodges you do not have to walk far to see one of the world’s rarest monkeys the Proboscis Monkey. Also known as the Orang Belandar (the Dutch Man) or the Long noses of Borneo, these huge animals with their incredibly long tails feed on the young mangrove leaves along the coast of the park. 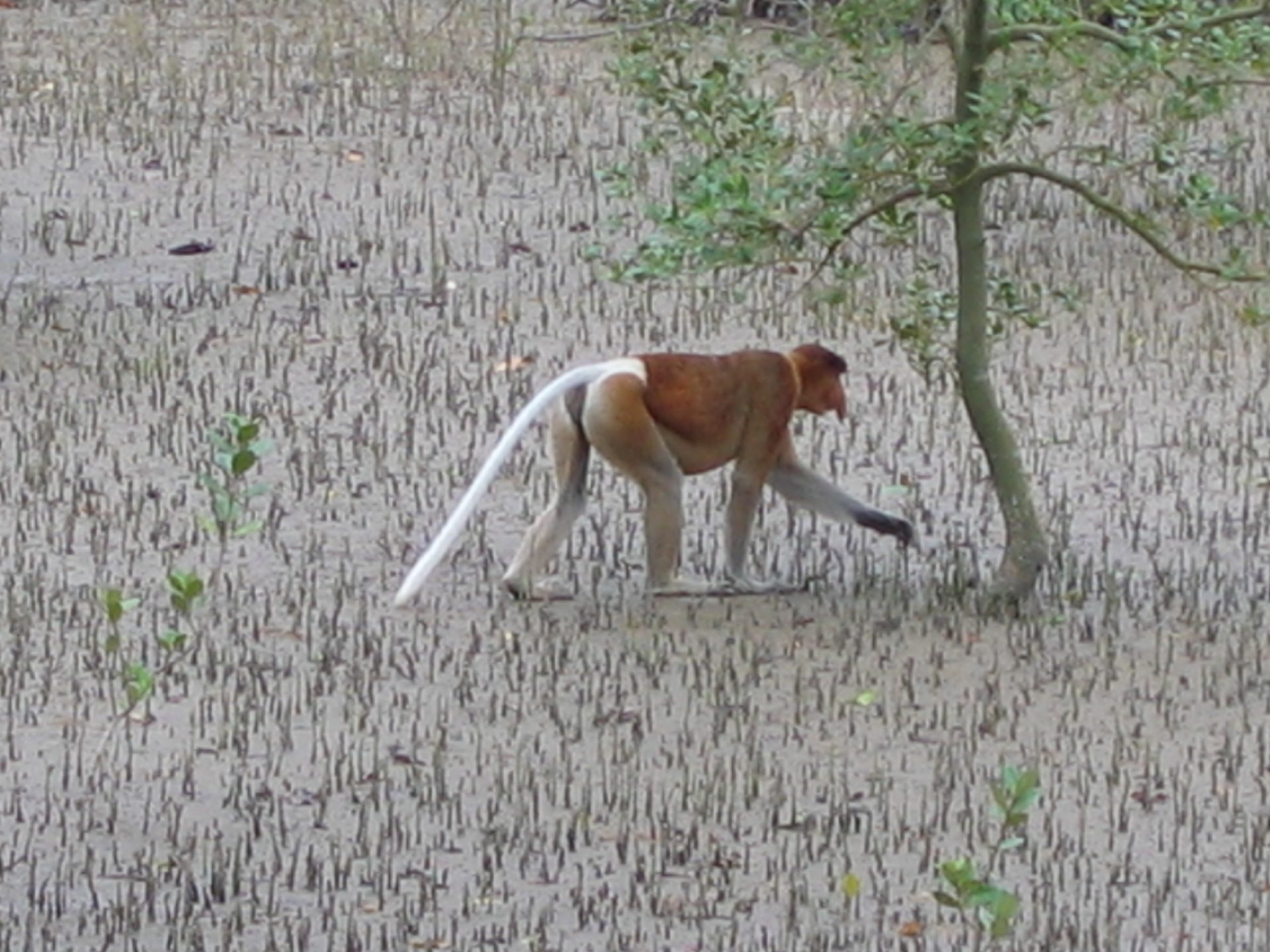 Silvered Langures compete for attention with our camera lenses and we are rewarded after a warm trek through jungle trails with beautiful pitcher plants and wild orchids and finally a swim in what I have nicknamed Teapot Waterfalls. We are then picked up by a longboat and transported back to our waiting mini bus.

Mulu National Park one of the world’s largest cave systems and a World Heritage Site has much to offer the visitor not only the four show caves, Lang, Deer, Clearwater and cave of winds. We were fortunate to have with us one of the areas most experienced Western guides Irene Schrieber who amazes us by being able to introduce us to rare sightings we would simply never find on our own. 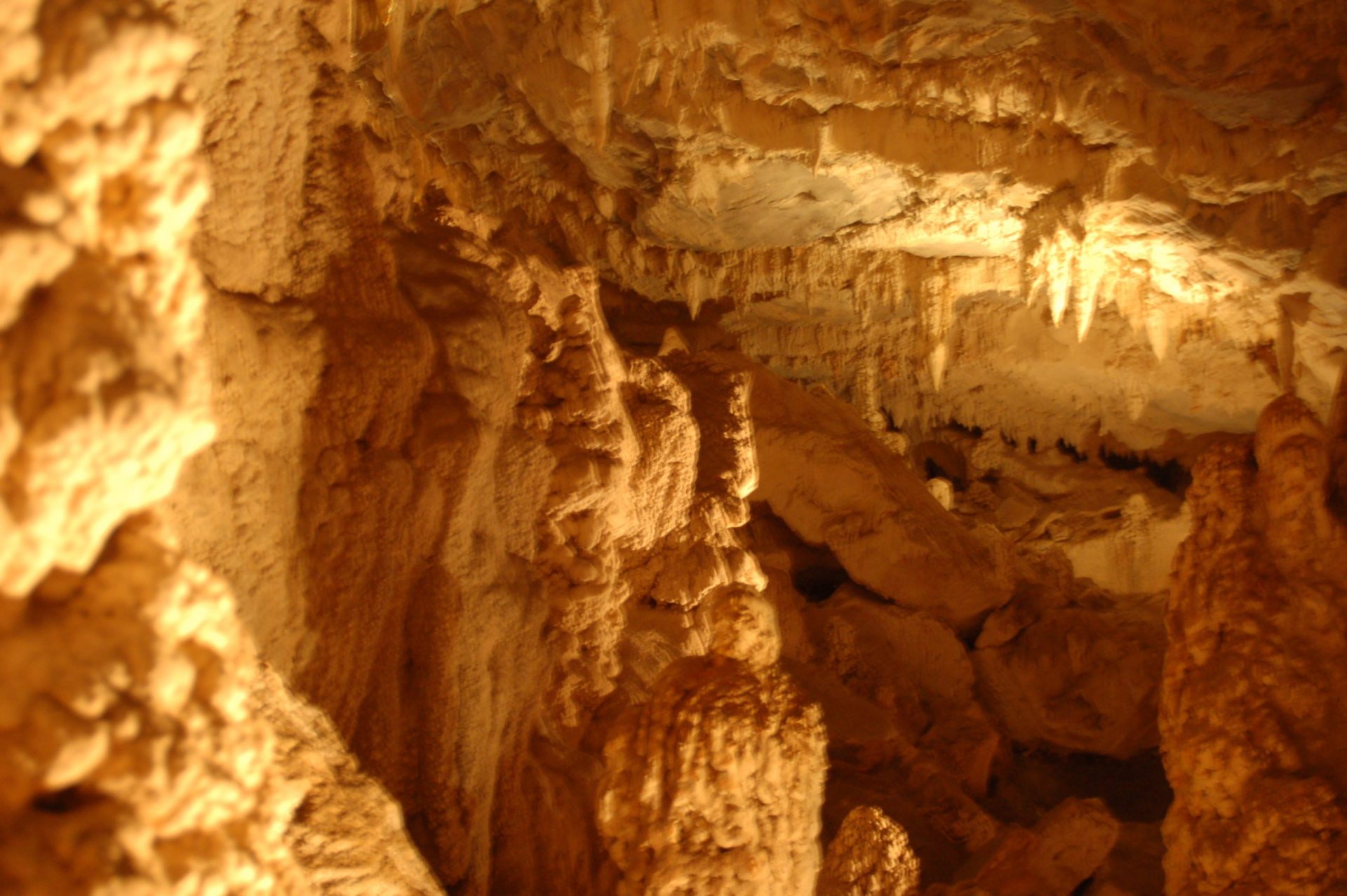 There were massive stick insects, hornbills, bits of fungi that walked away, dead leaves that flew away, rare flowers and a tree with mysterious cuts, apparently made by the nomadic Penan who use the sap for the tips of their blowpipe darts. She has told us much about these people but we didn’t expect to be whisked off downriver and up another to visit one of their communities. A magical experience.

Brunei Darussalam, small and oil rich Brunei has fortunately no need to cut down its rainforest, resulting in the most intact primary rainforest in Borneo. More conservatively Islamic than its neighbour Malaysia it certainly packs a lot into its small size of just 5,765 sq km. In the main city we were dressed by our homestay hosts in full Islamic cloaks and scarves which allowed us into the country’s largest mosque. 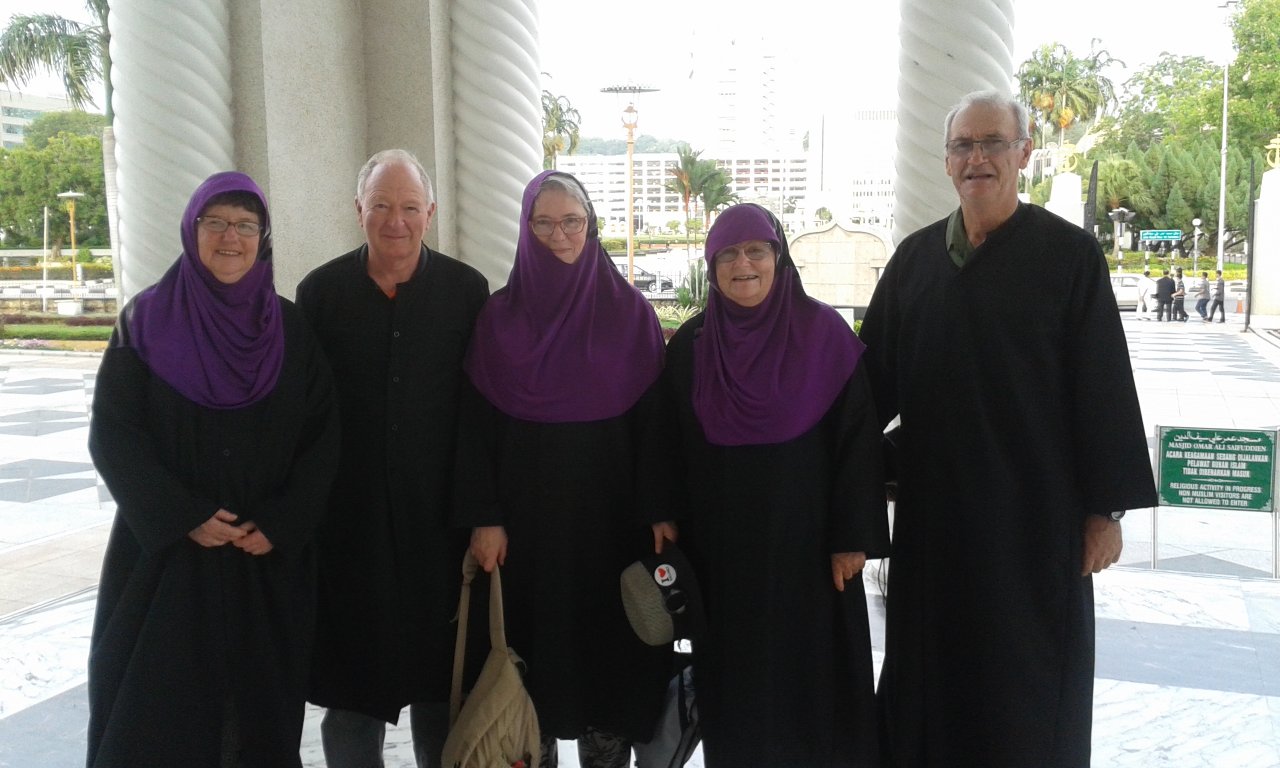 The following day we were plying remote rivers by longboat, shooting rapids and climbing the skyline walkway over the rain forest, and then the next saw us having a cooking lesson at a longhouse, making bamboo coconut rice, bamboo chicken and bamboo fish washed down with copious amounts of rice wine giving us courage to attempt the local dance.

Mt Kinabalu National Park located on the West coast of Borneo has 4,500 species of flora and fauna, including 326 bird and around 100 mammal species; it covers an area of 754 square kilometres surrounding Mt Kinabalu 4,095.2 metres. 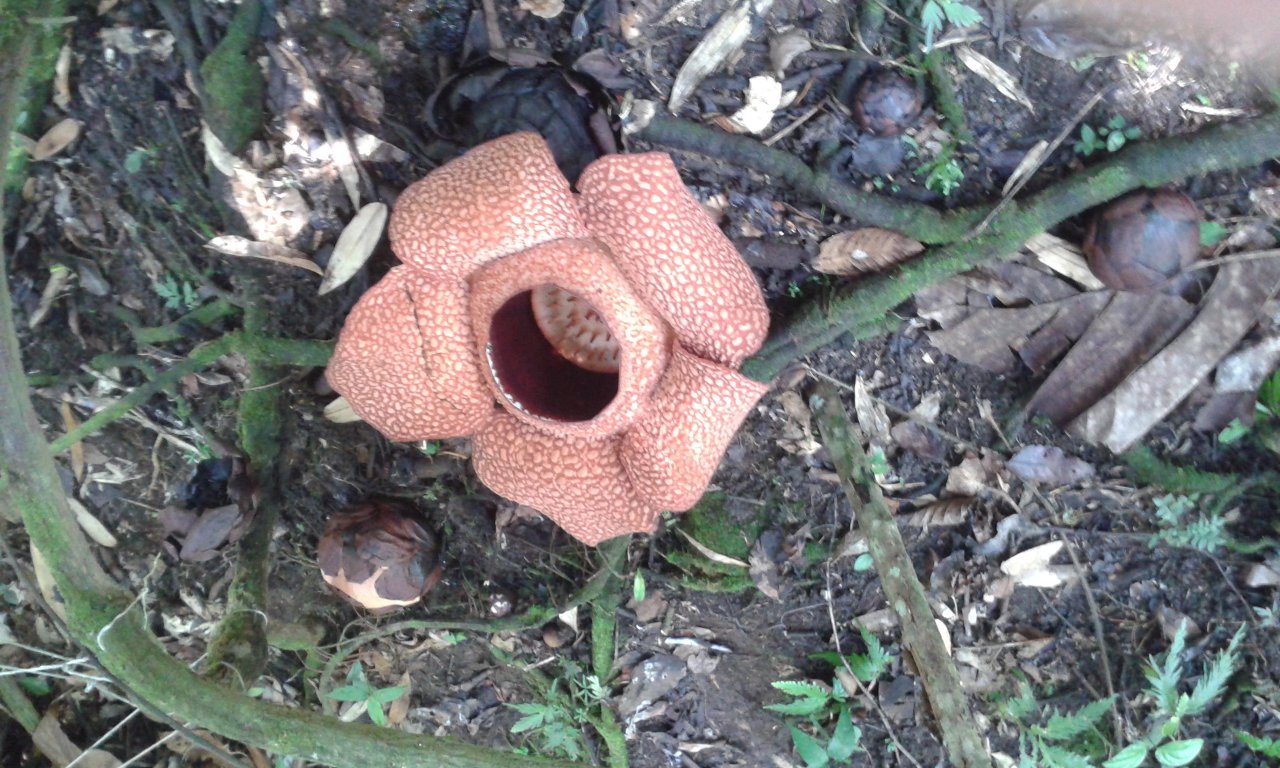 Our visit was to the Poring Hot Springs and Mesilau areas in particular to view the blooming of the Rafflesia, the largest flower in the world and the nepenthes Rajah the largest and rarest Pitcher plant which can hold 2.5litres of water and found only in this area and we were not disappointed in either area. It was a welcome break also to stay in a beautiful lodge in the cool climes of 2000mts.

The court has scheduled arguments in the case for March 25. – See more at: http://thislandpress.com/roundups/no-hobby-lobby-is-not-closing-all-of-its-stores/#sthash.ycBMncUb.dpuf